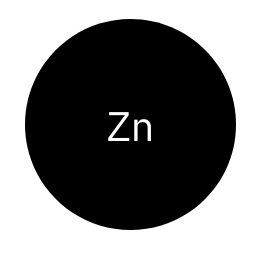 Zinc is an essential nutrient particularly important when it comes to male health. It is commonly prescribed to patients to boost quality of sperm and increase semen volumes during ejaculation.

How Does Zinc Work For Semen Improvement?

Zinc (Zn) is an essential trace mineral that the human body needs for proper functioning. It is involved in multiple vital processes, including body defenses, DNA construction, protein synthesis, wound healing, etc. Due to powerful antioxidant properties, it is praised as a skin ageing inhibitor.

The mineral also delivers undisputed benefits in terms of male health. This is why men above 14 are highly recommended to make zinc a part of their daily diet to support male performance.

Semen is the liquid released by the male body during ejaculation. Its viscous consistence helps sperms it contains keep mobility and impregnation capacity. Semen provides a favorable medium to carry sperms all the way from male testicles to the uterus in the female body.

Semen features a rather sophisticated composition, which is a combination of sperms and multiple fluids secreted by the bulbourethral glands, seminal vesicles and prostate glands. Each of the ingredients is responsible for certain performance aspect, and their proper balance is highly important.

What Does Semen Consist Of?

Despite the common perception, only 1% of semen is represented by sperms. Instead, the substance mostly consists of proteins in combination with a variety of minerals, vitamins, carbohydrates and fats. As for the subject of this article, about 3% of the substance is zinc, which is one of the major ingredients. This is another evidence of the important role the element plays in semen formation and its taste.

Typically, the number of calories in semen ejaculated per time is hardly above 5. The value is significantly dependent on a man’s diet and can be corrected by means of it.

Proper zinc levels in semen are a sign of good male performance. And vice versa, male health can be corrected by supplying the body with sufficient amounts of the element. The concept has been widely used to treat a variety of sexual disorders and fertility issues.

Despite the fact that zinc can be consumed with such popular foods as fish, milk, meat, etc., WHO reports that about 30% of the global population is prone to zinc deficiency. On the other hand, zinc consumption is an easy, natural and effective way to boost multiple male performance aspects fast. As such, the approach should never be neglected. It is recommended to be used in combination with other treatment methods to enhance the effect.

Semen analysis and sperm function tests: How much to test?